Nick Cannon is expecting his eighth child with model Bre Tiesi and in a recent interview, the rapper and actor spoke candidly about his experience co-parenting, his relationships with his children’s mothers, and more.

The proud soon-to-be dad of eight has always been open with the public when it comes to how he navigates being a father, including his relationships with the mothers of his children and how he co-parents. 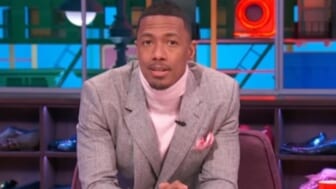 In a recent interview with The Big Tigger Morning Show on V-103, Cannon opened up about his children’s mothers when asked if they get along with one another, replying, “They don’t have to. They all get along with me,” People reported.

He was then pressed about taking maternity photos with each of the women who have welcomed children with him. He explained, “I believe everybody deserves that!” He added, “I don’t keep no secrets. They know how I move. I multitask.”

Cannon explained that he “just wants to be responsible as a father.”

“I just want to be the best father I can possibly be, and lean into it. I embrace all my children, I love children, but I wasn’t setting out to be Father Abraham, I just embrace it.” He added, “A lot of people have a lot of children as well and they kinda keep it quiet or they don’t talk about it. I lean into mine.” 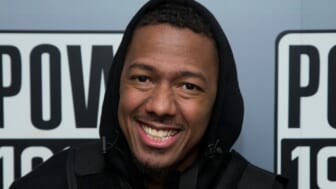 Cannon’s children include twins Monroe and Moroccan with his ex-wife Mariah Carey, Golden Sagon and Powerful Queen with his ex Brittany Bell, Zion Mixolydian and Zillion Heir with Abby De La Rosa, and his late son Zen, with Alyssa Scott. As theGrio previously reported, Zen passed away in December 2021 after a brain cancer diagnosis.

Earlier this year, Cannon opened up about wanting to embark on a celibacy journey after the news of his eighth child.

“My therapist was one of the [people] who said I should probably be celibate and the reason why is because I had shared that news about Bre being pregnant,” he shared on his talk show at the time.

The Greatest Assets A Parent Can Give To A Child