A massive shortage in baby formula is causing outrage and concern as some parents struggle to find infant formula for their children.

In the US, 75% of babies consume formula by the time they’re six months old, making the baby formula shortage a critical widespread issue.

The baby formula shortage has become a national concern, with the White House stepping in to help end the current shortage and prevent future scarcity.

While families continue to grapple with a nationwide infant formula shortage, the US Federal Trade Commission has kicked off an inquiry to find out what led to the crisis. The FTC will also be looking into any fraud, deception or scams people experienced when trying to buy formula.

On Sunday, a military plane carrying over 500,000 baby bottles’ worth of specialty formula touched down in Indianapolis as part of President Joe Biden’s plan, Operation Fly Formula. A second shipment is expected this week. To seek information about what led to the crisis, the US Federal Trade Commission has opened an inquiry into the infant formula shortage,

Government officials ramped up efforts to tackle the crisis last week. The Senate late last week by unanimous consent approved the Access to Baby Formula Act, which ensures low-income families can buy more types of formula. The bill, which previously cleared the House of Representatives, was signed by Biden on May 20.

Biden last week also invoked the Defense Production Act to force suppliers to prioritize the production of infant formula. He also authorized the Pentagon to use commercial flights to import supplies from abroad.

Another measure — a $28 million emergency spending bill intended to increase the number of Food and Drug Administration inspectors, prevent unapproved formula from entering the country and improve data collection on the industry — was approved by the House on May 18 but its fate in the Senate is less assured.

The shortfall dates back to a recall in February after possible contamination at a factory in Sturgis, Michigan, owned by Abbott Nutrition, the maker of Similac and other popular brands of baby formula.

Here’s what you need to know about the infant formula shortage, including what caused it, why it’s so serious and when it may end.

Why do we have a baby formula shortage?

In September 2021, an infant in Minnesota given formula manufactured in Abbott’s Michigan factory was diagnosed with Cronobacter sakazakii, a potentially lethal bacteria.

Cronobacter is rare, but it can cause sepsis or meningitis and even lead to death in infants.

At least four more babies given formula from Abbott’s Sturgis facility fell sick in the following months, three with Cronobacter sakazakii and one with Salmonella newport. Ultimately, two infants in Ohio died from Cronobacter infection. Another baby was hospitalized for three weeks before recovering.

As the infections were under investigation, the FDA received a report in October from an ex-employee alleging poor sanitation standards at the factory and the doctoring of records to hide inadequate quality checks.

After an FDA inspection of the facility in February, Abbott voluntarily recalled a number of batches of its Similac, Alimentum and EleCare infant formula brands. Abbott also ceased production at the factory.

Read more: How to Check if Your Baby Formula Has Been Recalled

In a May 16 statement, Abbott said it conducts microbiological testing on products before distribution “and no Abbott formula distributed to consumers tested positive for Cronobacter sakazakii or Salmonella.” It added that an investigation by the Centers for Disease Control and Prevention found no link between Abbott formulas and infant illnesses.

Still, Abbott is the largest of only a handful of baby formula manufacturers in the US and accounts for more than 40% of the market. Thus the recall and plant closure cratered supply.

The crisis has also fueled formula hoarding, which has made the deficit worse, along with reports of price gouging. Some stores, including CVS and Walgreens, have limited customers to three formula purchases per visit.

Why is the formula shortage such a big deal?

Some mothers or babies have difficulty breastfeeding, and infants may be given formula to encourage weight gain. Changing formulas suddenly can cause digestive issues, and babies with allergies or certain medical conditions require specific formulas.

“If your baby is allergic to standard formulas and you need a broken-down formula, then it’s critical that you stick to that same type of formula,” Steven Abelowitz, medical director of Coastal Kids Pediatrics in Orange County, California, told CNET previously.

The shortage isn’t impacting all Americans equally, either.

“The families who have fewer resources, have fewer options, who aren’t able to pay premium prices are going to be more at risk,” Ann Kellams, board president of the Academy of Breastfeeding Medicine, told Vox.

The Special Supplemental Nutrition Program for Women, Infants, and Children, a federal program commonly known as WIC, provides food assistance to low-income families. Individual states dictate which brand of formula is covered by WIC, and Abbott Nutrition’s Similac formula, the leading brand in the US, is one of the major suppliers to the WIC program.

That means parents of the estimated 1.7 million infants in WIC haven’t had a lot of options.

Read more: What to Do if You’re Running Low on Formula

What did the whistleblower accuse Abbott of doing?

The whistleblower’s report was first detailed by Politico in late April and later shared by Rep. Rosa DeLauro, chair of the House Appropriations Committee. Among other things, it alleges:

In addition, the FDA’s investigation found that Abbott “did not ensure that all surfaces that contacted infant formula were maintained to protect infant formula from being contaminated by any source.”

How has Abbott responded to the allegations?

Abbott didn’t respond to a request for comment. The company said in an April 28 statement that its focus “has, is and always will be to ensure safe food for families who rely on us for our high-quality nutrition products.”

It maintains infant formula produced at the Sturgis facility “is not likely the source of infection.”

No products from the plant tested positive for Cronobacter sakazakii or “any known infant illness,” according to Abbott.

Inspectors found evidence of Cronobacter bacteria in the plant but not in any areas in contact with formula, Abbott said, and the strains that were detected didn’t match those found in the infected children.

According to the release, the former employee had been “dismissed due to serious violations of Abbott’s food safety policies.”

Can the US import formula from other countries?

The FDA requires manufacturers to meet specific nutritional standards for infant formula that differ from guidelines in Canada, Europe and elsewhere. That makes bringing in formula from other countries difficult.

At a May 16 briefing, FDA Commissioner Robert Califf said the agency was loosening restrictions on imported infant formula products to improve supply “efficiently and safely.”

“We anticipate that those products that can quickly meet safety and nutrition standards could hit US stores in a matter of weeks,” Califf said.

In addition to setting health standards, the US government also levies heavy tariffs on imported baby formula — up to 17.5%, according to the Cato Institute. And as part of a trade agreement negotiated by President Donald Trump in 2020, Canada agreed to impose a $7.26-per-pound surcharge if its global formula exports surpassed 44,620 tons annually.

Infant formula accounted 22% of all US dairy imports into Canada last year– the largest product in the category — but the US didn’t import any from our neighbor to the north.

When will the baby formula shortage end?

Abbott Nutrition announced an agreement with the FDA on May 16 that will allow it to resume production in the Michigan factory in about two weeks, meaning formula produced there could hit supermarket shelves in about six to eight weeks.

By that time, imported formula should also be available in US stores. (Abbott is also flying formula in from its plant in Ireland.)

On May 23, the first transported batch of Nestle formula arrived in Indiana from Switzerland; it will now be distributed to areas nationwide with the worst shortages. According to the White House, the effort will bring “up to 1.5 million 8-ounce bottles of three formulas — Alfamino Infant, Alfamino Junior and Gerber Good Start Extensive HA — all of which are hypoallergenic formulas for children with cow’s milk protein allergy.”

What is being done to prevent future shortages?

The $28 million emergency funding bill would help prevent future shortages, according to Rep. DeLauro, who is also challenging the FDA for reacting “far too slowly” in addressing possible contamination at the Michigan facility.

“Why did the FDA not spring into action?” DeLauro said in a statement on April 28. “Why did it take four months to pull this formula off store shelves? How many infants were fed contaminated formula during this time?”

DeLauro, who is on the House Appropriations subcommittee that oversees the FDA, has requested the Department of Health and Human Services’ Inspector General’s office investigate the agency’s actions.

She also indicated hearings will be held “to find answers into how this happened and how we can prevent it from ever happening again.”

Speaker of the House Nancy Pelosi told reporters on May 17 that there “might be a need for indictment[s]” in the wake of the FDA investigation into Abbot Nutrition, but didn’t specify who might be charged.

“The baby formula emergency also serves as a critical reminder of the urgent need to invest in strengthening our supply chains,” Pelosi added.

The information contained in this article is for educational and informational purposes only and is not intended as health or medical advice. Always consult a physician or other qualified health provider regarding any questions you may have about a medical condition or health objectives. 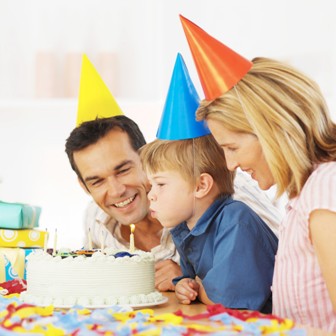