Liz Zur (above photo left) immigrated to Toronto from Estonia with her family when she was 12. Three years ago, Liz’s son Nicholas, now seven, was diagnosed with autism at Holland Bloorview. Earlier this year, Liz says she was “devastated” when she learned Russia had invaded Ukraine. “I felt powerless and I didn’t know how to help. I saw an article in The Globe and Mail about a woman in Poland who is a mother with two autistic children. She was helping families escape and settle in Poland. Right away I thought ‘This is what I want to do.’ I reached out to her on social media and she mentored me.”

Since then Liz has volunteered with the Ukrainian Canadian Congress to help 200 families settle here. About 20 of those families have children with disabilities, primarily autism. “At this point I’m focusing on families with special-needs children because I see this is the most needy demographic,” she says. Liz is an entrepreneur who speaks Russian and has a good command of Ukrainian. She helps families with phone calls, applications, medical visits and emotional support.

Canada has granted Ukrainian families temporary status to work, study and stay in Canada until it is safe to go home. “They have OHIP, and thankfully it is given immediately,” Liz says. “But they don’t qualify for the Assistance for Children with Severe Disabilities Program or the Ontario Disability Support Program. There is a federal subsidy and a provincial subsidy, but a newcomer family with a disabled child doesn’t get even a dollar more to cover all of the extra expenses.”

Liz found her first family to support over Twitter. “I saw a lonely tweet from a father called Oleh Berezhnyi in Ukraine. He said he has a son with autism and he doesn’t know where to go where he will be able to get services for him. First my contact in Poland helped them to settle for two months in a Polish Airbnb, funded through a local autism foundation. Because of their connection with me, they thought Canada would be a good option where their son could receive therapy and be accepted in the community. Inclusion is still lagging behind in Ukraine. We have one family where other parents petitioned a school to have their child removed because of his autism.”

Oleh is seated in the photo above with son Bohdan, 3, and the rest of his family. “Liz helped us find free accommodation in Poland so we had a destination when we started our trip,” Oleh says. “We have no relatives or acquaintances in Europe or America. Almost every day we talked with Liz. She promised to arrange accommodation for us in Toronto even if something went wrong.”

Liz says one of the greatest challenges for Ukrainian families is finding housing. “Because they are not refugees, housing is not provided with their immigration status,” she says. “Many had to run away from their homes when it became a war zone, and leave everything behind. One family left with three backpacks and a hamster cage. They mostly come without money. Sometimes local settlement services are able to place a family in an Airbnb with a one-month credit from the company. But it’s very hard within a month to find a job and to rent a place. These people don’t have guarantors and they don’t have a credit history and without a good job, they don’t have anything to show. The majority come with very little English.”

Typically the newcomer families rely on host families to house them. “But we find host families are hesitant when they learn a child has autism,” Liz says. “We find there’s still a lot of stigma. Children with autism may have sensitivities to sound, to light, and they may be picky eaters, so their parents need to cook for them. Host families may question whether they can handle it. A lot of families bring support animals, and often host families have their own animals, or other reasons why they can’t accommodate new ones.”

Liz is advocating for families to receive transitional housing during which time children with disabilities can adapt. “We hope to connect with developers or real estate companies who would be willing to partner with us.” Oleh and his family received such a gift from Spotlight Development in Toronto: An apartment they can live in for one year, rent-free.

None of the families Liz is working with have been able to access autism therapies for their child. “Social workers from the Geneva Centre have helped them to fill out the Ontario Autism Program application, but they are on a wait list,” she says. “Families are not able to pay for private services. It’s also been a challenge finding family doctors who are willing to accommodate these families, given that most don’t speak fluent English. Not every child has an official diagnosis, and you need a referral from a family doctor to be seen by a developmental pediatrician.”

Liz says Holland Bloorview is playing a major role in educating Ukrainian families on resources that may be available to them. “A first step for these families is to have a consultation with your family support specialist Stephanie Moynagh. She goes above and beyond to explain what services are available and where they may be able to access programs that are free from certain organizations. She teaches them about funding and what they are, or aren’t, eligible for. These consultations are done over the phone and Holland Bloorview provides a translator. It’s a big relief for families to connect with a knowledgeable person in their own language.”

The Canadian Ukrainian Congress would like to see Ontario funding for disabled children extended to Ukrainian newcomers. “My MPP Jessica Bell has written a letter to Merrilee Fullerton, the minister of Children, Community and Social Services,” Liz says. “It’s very important that these children have their needs met. One family has a child with cerebral palsy who really needs custom-made shoes, and they are very expensive. Another family has two teens with a rare genetic disease who need bicycles. Even things like laptops and tablets got left behind.”

She worries about the impact of war on the children. “These children are coming here with trauma, and autism and trauma hasn’t been studied well,” Liz says. “There is no one with expertise to advise parents on how to best help their children.” In one case, a toddler was knocked over when a nearby school exploded. He and his mother had been living in a cold basement for a month without running water or electricity, and with little food. “After this experience he stopped talking,” Liz says. “My dream would be to see research in the area of autism and war trauma. I would like to see that as a priority, because it can help children who are here now, as well as autistic people escaping other conflict zones.”

Liz would also like to see emergency therapy funding and “music and arts programs for these children in their own language. It’s already a challenge for a child with autism to communicate, but the language barrier makes it even more difficult. Newcomer parents are distressed and exhausted. They would benefit from some respite funding to hire a trained caregiver.”

Liz says families are delighted that their children will be included in local schools and able to attend church and other community events. “I am very moved to see such a positive response from places like Holland Bloorview and Geneva Centre,” Liz says. “We can only make a difference together.”

Like this story? Sign up for our monthly BLOOM e-letter. You’ll get family stories and expert advice on raising children with disabilities; interviews with activists, clinicians and researchers; and disability news. 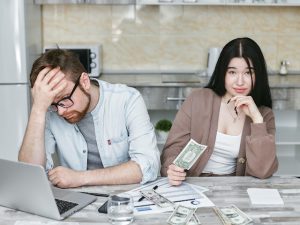 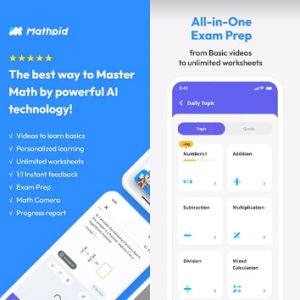