Even as I’m served by a young man leading a younger woman poorly, that is, by treating her with a simmering disdain, as her boss, because he himself is flustered, I’m reminded, ironically, as it would seem… of the best men I’ve known.

These men are men in the genuine old-fashioned, eternal sense of the word. One of the most enduring messages in God’s Word is there’s nothing new under the sun. These men have integrity of anonymity about them, all of them.

It’s an upside-down economy I speak of, as the Spirit of God subverts the glory humanity would take for itself, especially in the Christian world.

The best men I’ve ever known have inspired me to become better.

They serve their wives and children.

Their actions speak louder than their words.

They are patient people for the most part,

having harnessed their anger.

They have a consistent moral compass.

They believe in chivalry,

but they also believe women can do anything.

They pour contempt on their pride.

They are constantly learning,

and are curious about wonder.

They have a humble sense of decorum in the way they go about their lives. They respect everyone, believing in and living out the power of self-diminution in order to raise the other person up in their presence.

For the best men I’ve ever known, it is their prerogative to ensure peace in all their relationships, and where this is not possible they’re at peace with themselves knowing a heart of forgiveness travails for the broken relationship. They hold nothing back for love, knowing and applying no force in their relationships.

There is a reason why this article focuses on the best men I’ve ever known. I believe society needs more men that have a Christlikeness about them, and that there are still too many men, yes Christian men in some cases, who seem to have no desire to become like Christ.

If God gave you the picture of the best men you’ve known, why don’t you make a covenant to thank these men in your life. I have. 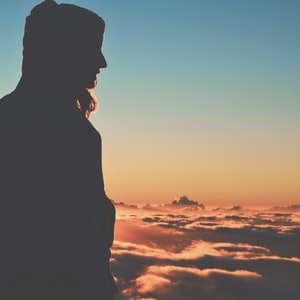 Advice on Getting a Legal DNA Paternity Test

Difference Between General and Cosmetic Dentistry