Since the introduction of Australia’s ground breaking Shared Parental Responsibility (child custody) laws in 2006, there has been a decidedly deceptive campaign by some to mis-represent these laws as being something that they are clearly not. Following is a list of 10 myths about Shared Parenting in Australia that have been commonly peddled as truths by these parties, but are shown to be nothing other than distortions, falsehoods or outright lies.

NOT TRUE: There is nothing mandatory about Australia’s Shared Parental Responsibility legislation. If anything, it has been described as a soft alternative to what was originally preferred by the majority in Parliament in 2006, being a “rebuttable presumption of equal time parenting”, which itself is not mandatory and is determined primarily on whether such an arrangement can be safe, practical and in the child’s best interest.

Since the introduction of these laws, there has been a decidedly deceptive campaign by some journalists and single mother’s groups to mis-represent these laws as being inflexible and mandatory in nature, and as a result forcing Judges to place children into unsafe or impractical parenting arrangements. Terminology such as “mandatory” and “forced with” have often been used in newspaper headlines or opinion pieces to portray these laws in a manner that is quite unequivocally untrue.

The Family Court’s Shared Parental Responsibility Outcomes report underscores the fact that there is nothing mandatory about these laws, where the majority of court outcomes since the introduction of these laws still result in the child residing almost exclusively with the mother.

If these laws were mandatory in any shape or form, one would have expected that close to 100% of court outcomes would have resulted in equal parenting time arrangements, however as evidenced by the Court’s own figures, the figure is significantly less at only 15% of outcomes.

So someone has been fudging the truth to quite a significant degree, and this should be an important point to remember when reading commentary on this debate. Given that some women’s groups have described Australia’s Shared Parenting laws as another form of domestic violence against women, this debate is clearly about something more than what is best for our children, in the eyes of some groups at least. As a result, the misrepresentation of facts, the gender specific vitriol and in some cases the desperate attempt to associate Shared Parenting with Paedophilia, have been unparalleled in this country, even for an issue that is so typically vexed and controversial as family law.

2. The risk of Child abuse increases for a child in a Shared Parental arrangements.

Some have highlighted the child-protective dynamics inherent in Shared Parenting arrangements as being similar to that already recognised in extended family structures. It has been argued that the broader nature of parental responsibility in Shared Parenting arrangements facilitates a natural transparency of care, given that the child is in frequent contact with both parents and the respective extended families.

This ongoing transparency of care optimises the safety and welfare of the children involved, by reducing the possibility of abuse occurring without one of the parents detecting it at an early stage.

These natural checks and balances are unfortunately less prominent (and in many cases non-existent) in Sole Custody arrangements, providing for greater opportunities for child abuse to occur undetected and for greater periods of time, as reflected in the statistics on child abuse.

3. The 2006 Shared Parenting laws have resulted in greater risks of family violence for mothers and children.

NOT TRUE. To the parents involved, Shared Parenting arrangements are no different to two-day per-fortnight arrangements in terms of the mechanics of contact and change-overs. Shared Parenting does not in any way increase the time that separated parents need to spend with each other, nor need it involve any physical or proximate contact between the parents.

According to the Australian Institute of Family Studies evaluation of the 2006 Family Law Reforms, a large scale government initiated study into the performance of these reforms, the study found that there was no link between the 2006 Shared Parenting amendments and any increased risk of domestic violence or assault against women and children.

In fact it has been argued that these laws have to a great extent “taken the heat out” of the most vexed issue in separation, namely that of a child’s residence, precisely because of the more balanced and child-centric approach to such determinations.

NOT TRUE. Such comments underlie an element of gender arrogance in suggesting that only mothers can love their children enough to want to spend time with them. To be further made by people purporting to be feminists is beyond belief.

Shared Parenting also shifts a greater proportion of the day to day costs to the fathers.

The overall impact is that Shared Parenting arrangements provide for greater financial investment in the support of their children by fathers, as well as greater emotional, psychological and other forms of support.

The child/ren as a result get more overall support from their fathers, not less.

The frequency of change-overs is IDENTICAL in both cases. 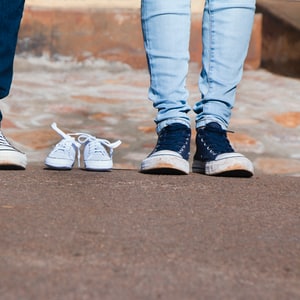